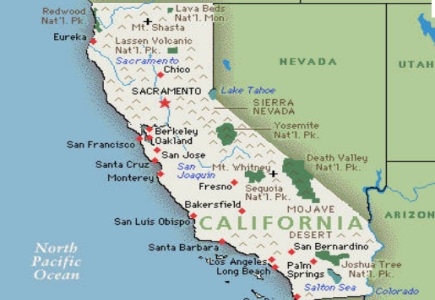 The National Indian Gaming Association initiates a discussion on internet gambling With an online poker legalisation measure in California running out of time at committee stage when the legislative session ends on August 31, the National Indian Gaming Association hosted this week a one-day Internet gaming meeting for tribal leaders and gaming industry professionals. The meeting was held at the Mystic Lake Casino and Resort in Prior Lake, Minnesota on the Shakopee Mdewakanton Sioux Reservation with 200 delegates taking part in discussion and exchanging information. On the occasion, Ernie Stevens, the Chairman, communicated: “We are hosting this meeting to receive tribal leader input. NIGA and our Member Tribes have been engaged in this debate for 12 years. We will continue to stay on top of this issue, inform our Members, and work as a united front. Indian Country will work hard to ensure that any Internet legislation coming out of Congress fully respect tribal sovereignty, provide equal access to Tribal operations, and protect the rights of tribes under IGRA and in existing compacts." Ehren Richardson, a CPA specialising in internal financial performance for Indian gaming, thought that online gambling is imminent in the United States: “As of August 2, the Pokerstars company have agreed to repay $731 million to end a Department of Justice lawsuit as a way to possibly re-enter the U.S. when Internet gaming is legalized. Illinois has launched Internet ticket sales. Playstudios and MGM Resorts have launched MyVegas on Facebook. The Muckeshoot and Pasqua Yaqui Tribes have announced their launch of social gaming as well." Illustrating an outstanding interest in internet gambling both within and outside the U.S., Richardson added: “Zynga has spent more and more money to lobby states and federal governments for Internet gaming. Facebook UK recently launched Internet gaming for slots and bingo in their country.” John Harte, of the Mapetsi Policy Group, explained the online gaming discussion draft prepared by the Senate Committee on Indian Affairs at NIGA's Legislative Summit in July regarding which tribes still express concerns. Harte noted that the Senate Committee on Indian Affairs welcomes additional input and urged tribal leaders to voice suggestions and concerns on the measure: "It is important that the tribes are engaged and prepared if an online gambling legalisation bill is introduced in the lame duck session of Congress this year," he noted. As regards to other speakers, they mainly discussed the internet gambling regulations development which tribal gambling groups should prepare. Therefore, delegates were advised to engage with their individual state and Congressional political representatives to voice concerns and make suggestions on legalised internet gambling regarding treaty obligations and tribal gambling operations. NIGA will continue to facilitate tribal gaming discussions, and the next gathering is scheduled for September 18 at the mid-year conference in Hollywood, Florida.
General Poker News Poker Society News Back to articles