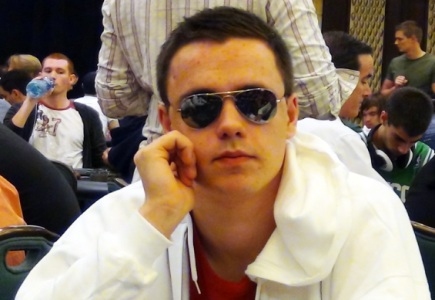 Among the 573 hopefuls who entered the fight for this year's Partouche Poker Tour main prize, the victor was German poker player Ole Schemion, who took home the lion's share of the Euro 5 million prize pool.

The final table was a fierce one, including the German ace, Karen Sarkisyan (Russia); Aaron Lim (Australia); Dan O'Brien (USA); Marcello Marigliano (Italy) and Fabrice Touil (France), of whom it was Russian player Karen Sarkisyan who secured his seat in the heads-up with Schemion.

The German had a strong chip lead and even though the two briefly discussed a chop, they failed to agree, which enabled Schemion to secure the win shortly afterwards along with the Euro 1,172,850 first prize.

As for Sarkisyan, he took home a second placing pay check worth Euro 693,494.
General Poker News Live Poker Tournaments Back to articles