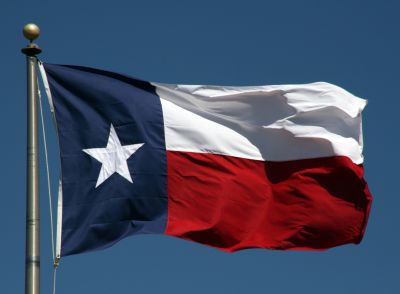 Texas, the old Texas, is famous for many things. Giant jackrabbits that filled the highways and sagebrush country similar to the way buffalo used to roam the Southwest's great ranges. Creosote, cottonwood trees and barrel cacti that makes Texas stand apart from the 48 other Continental American states.

One Texas old timer put it in the colorful language only a native of the Lone Star State could say by saying, 'Texas has more trees and less shade, more rivers and less water, and more land and less people than any other state in the union.'

There is one more thing Texas is well known for, and that is the game of poker. Some of America's best known poker players learned their profession in Texas -- men like Thomas Austin 'Amarillo Slim' Preston, Doyle 'Texas Dolly' Brunson and Brian 'Sailor' Roberts, the three men from Texas I want to tell you about. 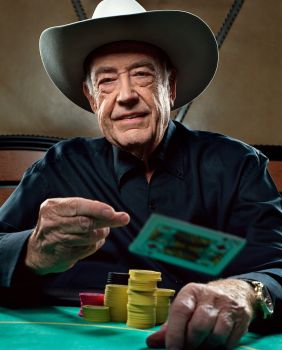 During my 40-plus years as a wandering journalist, magazine writer and book author, I was lucky enough meet two of these gamblers. I met Brunson and Preston in Phoenix and later in Las Vegas when they were promoting poker tournaments and needed the press to help them get their message across. And from what I have heard about Sailor Roberts, I would have liked to have met him as well.

There is a phrase gamblers use to describe people like Sailor Roberts, Doyle Brunson and Amarillo Slim -- high style. The old-time gamblers do not use it loosely.

Puggy Pearson, who called himself the 'last of the redneck gamblers,' once removed his ever present cigar from his mouth and explained it this way.

'High style and honor were things that marked the gamblers I grew up with,' he said. 'High style meant you conducted yourself honorably, win or lose. And a gambler's honor was represented by your word. When you gave somebody your word, you kept it no matter how much it cost you.

'Not that everybody kept their word. Hell, far from it. Some poker players or crap shooters you couldn't trust as far as you could throw them. But we all knew who they were. They had no idea what high style or honor meant, and we didn't have enough time to explain it to them.'

Here's an example of high style. Preston, Roberts and Brunson teamed up as partners in the days when they were 'Rounders,' roving gamblers who traveled together to make their fortune. Most gambling games in those early years were illegal, which made it easy for gamblers to be preyed upon by outlaws as well as law enforcement agents who wanted a quick score.

Brunson laughed as he told me about the dangers of being a road gambler in the old days.

'Before we adopted Las Vegas and Atlantic City as our stomping grounds, a poker player was always in danger of being hijacked of his bankroll,' Brunson declared. 'You'd travel hundreds of miles to somebody's ranch in Texas or Oklahoma, and you'd pull up into a big yard with a dozen Cadillacs or Oldsmobiles parked there.

'The game would begin, with the host exchanging your cash for chips. He'd generally hide the cash in a safe. Then halfway through the game, the door or window would fly open and a couple of masked men with shotguns would walk in. Or if it wasn't the outlaws who robbed us, it might be the local sheriff or some other law enforcement officers who were on the take. In either case, we had to accept it because it was a part of doing business.'

The three Texas pals decided to team up as partners in the 1950s after Sailor Roberts was honorably discharged from the U.S. Navy. It was during the Korean Conflict while he was on a Navy ship that Roberts got his nickname. They began following the poker circuit starting in Texas and heading west toward Las Vegas.

'We traveled together in one car and went to a place where there was supposed to be a big game,' Slim told me in an interview in Phoenix. 'Hell, nobody showed up for it. So we decided to play each other. I busted both of them. It was no big deal. I gave them a couple of thousand each so they'd have money to get into their next game.

'Two weeks passed and a Western Union telegram was delivered to my door. It was a money order for $4,000 that covered the loans. That was the way it was in those games. You couldn't find a more honorable guy than Sailor Roberts. He was one of the best. I wasn't at all surprised to be repaid.' 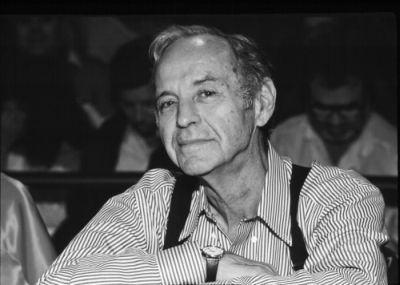 Roberts was born in San Angelo, Texas. The town had a rip-roaring history of once being a place where gamblers, saloons, cowboys and prostitutes got together every Friday and Saturday night.

Young Roberts became a dice shooter in high school. He also caddied on weekends and would shoot craps with the other caddies. He learned to play golf and became a scratch player and was a standout on the high school football team.

Ironically, San Angelo was just 100 miles as the crow flies from Sweetwater, where Doyle Brunson grew up. Brunson excelled in high school as a basketball player and long distance runner. To keep in shape, he would run 10 miles along canal banks and country roads, often running to the next town to compete in a track meet. And it was only another 200 miles from Sweetwater to Amarillo where Preston spent his early years.

The three Texans knew the odds on just about any gambling venture. Roberts excelled at 2-7 low ball and liked to bet on golf and sports. After the Federal Wire Act was passed in September 1961, Roberts was arrested for running a bookmaking operation and spent a year in a minimum security federal prison.

Preston and Brunson was waiting to help their friend when he was released from custody. They bankrolled him and the three of them went back on the poker circuit as though nothing had happened.

'Sailor Roberts was one of the best people you could ever meet,' said Bob Ciaffone, a top poker writer and poker player. 'He was one of the last of the good guys, a man who was not hardened by poker, gambling or life.' When Roberts won the 1975 World Series of Poker, none of the other players begrudged him the win or the $210,000 he stuck into his pocket. They were happy for him.

Preston won the 1972 WSOP and was inducted into the Poker Hall of fame in 1992. A flamboyant character whose language and style of play were nearly as colorful as the way he dressed -- he wore diamonds, gold, a rattlesnake band around his white Stetson and snakeskin boots -- Slim was famous for his quotes. He once told a group of players, 'If you get into a poker game and can't spot a sucker, chances are it's you.' 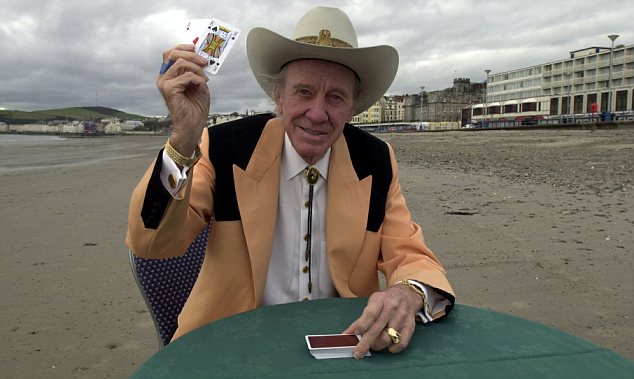 Slim loved to build his legend as a gambler. While his tales aren't documented by mere facts, he claimed he once beat Minnesota Fats at pool by using broomsticks for cues. He also said he defeated tennis pro Bobby Riggs at table tennis by using frying pans and Coke bottles. And he claimed to have hustled Willie Nelson out of $300,000 at dominoes.

His wild stories, quoted by the press, included playing poker with Lyndon Johnson, Richard Nixon and cocaine king Pablo Escobar. As one poker reporter noted, 'If you can't prove it, just print the legend.' Slim created his own legend.

Before his death of colon cancer at the age of 83, Slim played himself in a movie, 'California Split,' directed by Robert Altman. He also penned his autobiography, 'Amarillo Slim in a World Full of Fat People.'

Slim got into trouble with the law in August 2003 when a grand jury in Randall County, Texas indicted him on charges of indecency with a 12-year-old girl -- his granddaughter.

Preston fought the charges and they were later reduced from a felony to misdemeanor assault. He pleaded no contest and was fined $4,000 and placed on four years probation. Years later Nolan Della interviewed Preston in an exclusive three-hour interview at the Bellagio in Las Vegas.

During the widely published interview, Preston vehemently denied the charges and said they grew out of some friendly horseplay he was having with his grandchildren while driving them back from a family outing. Preston's family members later were quoted as saying they believed Slim's version of the two incidents that were cited by Child Protective Custody and the family rallied around the colorful Texas gambler.

As for Brunson, he is still playing poker, sometimes on television and sometimes in big stakes games in Las Vegas. Brunson's best-selling book, 'Super System,' which contains chapters written by Chip Reese, Bobby Baldwin, Mike Caro and David Sklansky, once set a record by being sold for $100 per copy. The book is still in print and you can buy

it on-line for a fraction of that cost.

(Geno Lawrenzi Jr. is an international journalist, magazine author and ghostwriter. If you have a unique gambling story to share with him, you may qualify for a cash award. Send your story with all the details to glawrenzi@gmail.com ).