From Sheriff to Poker Pro 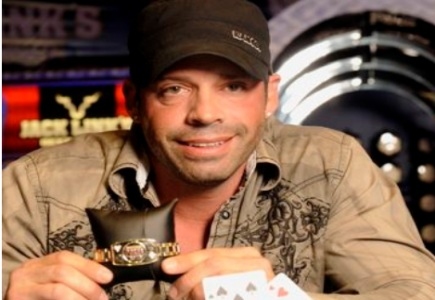 Greg Ostrander has worked hard to make it as a poker pro. Ostrander won his first bracelet in June when he defeated 1,400 players to take first place, $742,000 and a champion's bracelet at a World Series of Poker no-limit Texas Hold 'em tournament in Las Vegas. Vegas was a major achievement for Ostrander. In a recent interview, there's no doubt that he has arrived and he knows it. “If you Googled my name before, it would come up some bowler in North Carolina or a dentist in Michigan,” Ostrander said. Ostrander has been involved in some form of gambling since he was a kid even winning small change playing his grandmother at scat. His involvement in poker did not happen until about 10 years ago while he worked as a county sheriff's deputy. He began by going to private games and it's here where the passion for poker began. It took two years to learn the in's and out's of the game and an expensive two years it was. He played at the table without disclosing that he was a sheriff. If the other players had known, it probably wouldn't have mattered since he was a newbie and easily separated from his bankroll.
General Poker News Live Poker Tournaments Back to articles