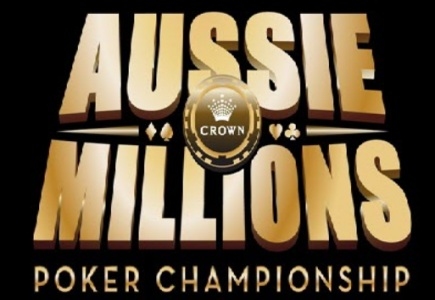 Three players are still standing in the finale of the 2013 Aussie Millions, but they'll have to wait to see who will take home the main prize worth A$1.6 million, as after 15 hours of the final table battle the action has been delayed because television crews were required by their union rules to take a break. When the game was ceased, Joseph Cabret was in the lead on 7,720,000, followed by Mervin Chan (5,670,000) and Patrik Antonius (5,565,000). Prior to the interruption, the final table saw the following survivors eliminated: Dan Shak, Jay Tan, David Yan and Jarrod Glennon. After Shak's elimination in fourth place for A$400,000, the remaining three kept battling for another five hours until a halt was called at 5.30am Sunday local time in Melbourne. Sunday afternoon is when the action restarted, and the results will be reported as soon as they arrive.
General Poker News Live Poker Tournaments General Sportsbook News Back to articles