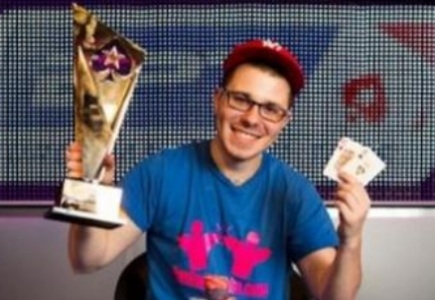 Famous pro boosts his career earnings by another Euro 962,925

This weekend saw the end of the Euro 50,000 buy-in EPT Barcelona Super High Roller competition, in which young US poker pro Dan "KingDan" Smith took the honors along with the lucrative Euro 962,925 main prize.

On his way to the victory and the lucrative reward, he had to surpass some of the biggest names in the game - Ilari Sahamies, Mike "Timex" McDonald and Mike “SirWatts” Watson, JC Alvarado and Erik Seidel.

In the heads up, the action came down to him and Alvarado, who at that point had a 2 million-chip disadvantage. The duo agreed to a chop of the large remaining prize pool, giving Alvarado a guaranteed Euro 788,675 and leaving Euro 100,000 for the two to fight over.

In the end, it was Smith who took down his opponent, leaving with the better prize.

As for the other significant cashouts at the tournament, they included final tablers:

In related news, the European Poker Tour main event started with 403 entrants on Day 1, and Day 2 turnover is expected to be at least as good.
General Poker News Live Poker Tournaments Back to articles