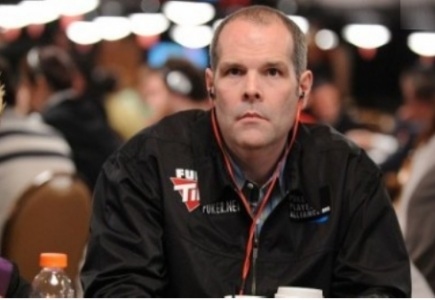 Tuesday marked the first poker tournament to include Howard Lederer since Black Friday. Lederer bought into the $10,000 buy-in Festa al Lago event at the Bellagio.

“Decided to play the Festa. It is really really cold in here.”

“Glad to see poker community is welcoming me back. Everyone is so friendly, most are telling me where I can go.”

Daniel Negreanu and Lederer have become arch enemies since the Full Tilt Poker days. Negreanu had plenty to say about Lederer's appearance at the tournament and blogged about it. Negreanu posted that he wasn't surprised that he attended the "Big Game".

"I have yet to sit down in a game where Howard was there, and I've thought about what I would do if he did choose to play in a game I was in," Negreanu said of the former Full Tilt executive. "There are a lot of variables to think about. First of all, the reason Howard feels comfortable playing there is because he is amongst friends who support him: Doyle Brunson, Eli Elezra, Huck Seed, and David Grey. This is the one place in the world where Howard can fit in at a poker table, order wine, drink, gamble, and laugh it up while players outside the glass look in ... Still without their money."
General Poker News Back to articles