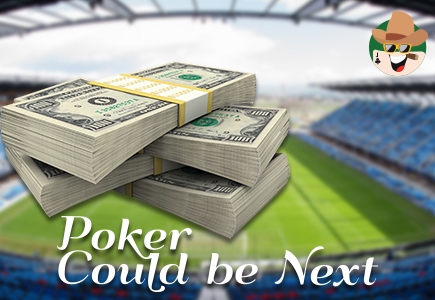 Daily fantasy sports are the hot new game in town. At least for Americans. It's being touted as a 'legal' way to gamble and rides on the coat tails of the already booming fantasy sports market. All daily fantasy is played online, and usually for real money. They are much the same as poker rooms, and even have a close correlation with poker.

While the game is growing, many states are questioning its legality. Most states have no law against the game, but it still operates in a grey market. Again, much like online poker did, and still does to an extent. One state however, New York, decided to move forward with answering this question and requested that all daily fantasy sites stop offering their service to its residents until they could answer this golden question.

It's a bit ironic that New York was the one state to do this, as the largest daily fantasy site - Fan Duel, runs its day to day operations out of New York. They did comply to New York lawmakers request, but continued running their business everywhere else.

After much debate, a daily fantasy law was passed through state senate and made its way to the governor's desk. Gov. Cuomo had 8 days to sing the bill, veto it or do nothing. He made the right decision and passed the bill into law, which now makes daily fantasy sports legal, and regulated in the state of New York.

This means that consumers now have a safe place to play which will be monitored by outside parties. In this case the New York government. It also means, anyone who wants to offer this service in New York, must apply for a license.

Most importantly, it means more tax revenue for the state. Revenue they were looking to earn from online poker when a bill was introduced months ago. This bill did make its way through state senate with an impressive 53-5 vote, but has yet to become law.

Its estimated that New York has an estimated $120 million first year poker market. With a proposed 15% tax rate on online poker, that's a sizeable chunk of tax revenue for a state in need of new funds coming in.

Given the close relationship poker has with daily fantasy sports, online poker looks poised to make its move now that regulation has been passed. It's a safe bet that New York will be the next state to regulate online poker and join the likes of Nevada, New Jersey and Delaware.