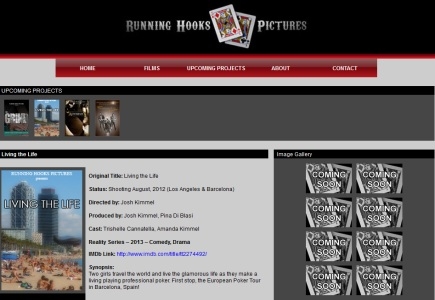 Trisha Canatella and Amanda Kimmel to feature in the show A brand new Canadian reality poker TV show is to be presented under the title “Living the Life”and featuring two reality show veterans and poker players Trisha Canatella and Amanda Kimmel. In the show produced by Running Hooks Pictures from Montreal, the two will go around the world and compete with each other both on and off the felt. The show will start with a two-part pilot, whereas the shooting is to start within the next two weeks. The first stop is Los Angeles, after which the set will move to Barcelona, Spain for the European Poker Tour tournament. According to the producer of the series, Josh Kimmel, the point of the show is to go beyond showing just the poker cards, and exhibit how the two TV stars react to winning and losing, both at the poker table and beyond it. He added: “Documentaries don't have the big fan base that reality TV series do.”
General Poker News Back to articles