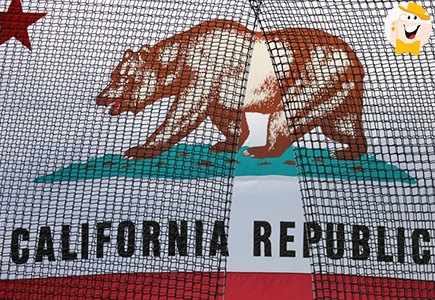 California is the largest state in the United States. Many see it as the only state that could support an inter-state poker eco-system due to its population. Poker has always been popular in the state with many cardrooms and poker pros calling it home.

In years past, some online poker rooms even operated out of California before laws were passed, forcing them out.

Most pundits of the game also saw California as being the next state to legalize, and regulate online poker. Bill AB 2863 has been in the works for over a year, and looked poised to pass through to the final stages.

However, that all changed by the end of the latest hearing to discuss online poker.

Bill AB 2863 was proposed by Assemblyman Adam Gray. After some back and forth with state tribal casino owners, race tracks and a few unwilling politicians, wording for the bill was thought to have been satisfied by all parties.

Other concerns were of the amount of taxes to be paid which were set to be a gradual tax rate between 8.8, and 15%.

Heading in to its second admission, and thought to pass right through, Bill AB 2863 was met with criticism from a coalition of six tribal casinos in the state. Jeffrey Grubbe, the main opponent of the bill, voiced his concerns over certain language in the bill which was thought to be already discussed by Adam Gray.

The main concern is over Poker Stars, and their participation in any future online poker operations in the state. Originally, it was discussed, and apparently agreed upon, that Poker Stars would be allowed to operate in the state.

Wording on this matter cited that no online poker room that operated inside California after 2011 would be allowed to obtain a license. Poker Stars did have headquarters in California prior to 2011 and allowed California citizens on their site up to this point.

After the DOJ put their foot down in 2011, Poker Stars immediately stopped operations inside all of the United States, not just California. This is why language in the bill states the date 2011.

Grubbe feels that this date should be 2006, when the UIGEA was enforced which would put Poker Stars out of contention for operating a legal, licensed state online poker room.

Grubbe and his coalition feel allowing Poker Stars and their vast player list obtained in the state during their days of operation is an unfair advantage that would not allow tribal casinos to compete in a market that is likely to be dominated by Poker Stars.

This is a legitimate concern as Poker Stars dominates the poker space wherever they go, but for good reason. For now, it's back to the drawing board, and a frustrated Adam Gray tries to piece together a revised bill that will be appealing to all parties.


Poker Society News Back to articles