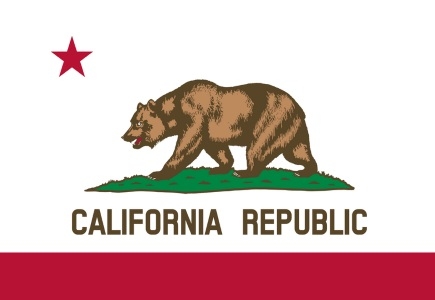 This bill joins the other bills introduced by House by Assemblyman Mike Gatto (AB9) and Reggie Jones Sawyer (AB167).

'We are optimistic about iPoker chances this year now that Senator Isadore Hall and Assembly Member Adam Gray have each introduced an iPoker spot bill this week (SB 278-Hall and AB 431-Gray). As Governmental Organization Committee chairs, this is a significant development and underscores that momentum is building to get an iPoker bill across the finish line in 2015.

"We will continue to work closely with Senator Hall, Assembly Member Gray and all legislators on the content and approach of legislation in the coming weeks and months.

'Our position on iPoker policy remains the same. We support an iPoker bill which establishes a vibrant, competitive, fully inclusive marketplace with choices for consumers, and which also enacts strong consumer protections; requires strict oversight and regulation of operators and licensees; and ensures a financial return for the state.

'Our coalition strongly believes that to be successful passing iPoker legislation this year, the various interests need to work together. We must abandon the failed policies of the past that divided the various parties. Instead of using the legislative process to pick winners and losers, any successful legislation must allow for a variety of providers to participate in the market while relying on regulators to determine strict suitability standards.'

"Federal law essentially prohibits online gambling in the United States but does allow individual states to offer intrastate Internet gaming, subject to state regulation to prevent gambling by minors or persons located outside of the state. Currently, only Nevada, Delaware and New Jersey allow for various forms of legal intrastate Internet gaming.

"For over five years, a discussion of authorizing iPoker within California has remained only a discussion. No California legislator has ever cast a vote on an iPoker proposal.

"Hall and Gray serve as Chairmen of each legislative house's policy committee that oversees gaming within the state and are best positioned to lead a productive dialogue on an iPoker regulatory framework. By working together, their legislation seeks to build consensus on a public policy matter that has eluded California for years.

'The issue of iPoker in California has historically been divisive; dealing legislators, the governor and the public a folding hand. It is time to work together, stop bluffing and take control of this issue. Our bills do not create winners and losers. Our bills do not take one entity's side over another. Our bills will give the Legislature, the Governor, tribal governments, other gaming entities, technology providers and the public an opportunity to have an open, honest and thorough debate on this issue.'

'This will not be a rushed process. Any iPoker proposal must put California taxpayers first and must ensure a safe and responsible entertainment option for adults. If done correctly, this legislation could serve as a national model for other states to follow. We think we can do it and we're all in to move California iPoker forward this legislative session.'
General Poker News Sports Events Back to articles