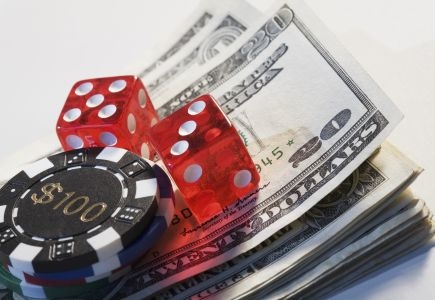 Americas Cardroom literally burst on to the scene once Black Friday hit. What once was an afterthought in the online poker world, quickly became a legitimate place for poker players around the world.

As the name of the room suggests, its geared towards American players. They filled the void that was left once Poker Stars and Full Tilt were no longer an option to this market. Seeing the potential to seize this massive player base, they changed their design added new options and made a mad dash to scoop up as much of the market as they could.

They not only succeeded, they now dominate this space. One of their reasons for success are the tournaments they started to offer. Prior to this shift in marketing, they had perhaps the smallest tournament schedule available to American players. It would have been a miracle to find a tournament running with more than 20 players.

Rolling out guarantees, re buys, and even their own series, helped brand the site, and make it the best place for Americans to play online poker tournaments hands down.

The Super Series has been their biggest success thus far. Capitalizing on that appeal, they are about to roll out all a new Super Series called OSS CUB3ED stating on August 14th. This one will be much different than past series, and players are guaranteed to love it.

Tournaments will run for over a month during the series and feature 3 levels of buy ins. Its comparable to the SCOOP events on Poker Stars where you have a small, middle, and high buy in. Imitation is the best form of flattery; and in this case, Americas Cardroom sees what works, and ran with it.

A total of 142 events, with $4.5 million in guaranteed prize money is available. This is the largest amount of guaranteed money the site has ever offered.

For the low stakes players, the Mini Online Super Series starts August 14th and has buy ins starting at just 6 cents. The largest guaranteed is a $25 buy in with a $150,000 guarantee.

A standard Super Series, much like their previous ones starts on the 24th, and runs until September 4th. For just $1.10, you can play one of these events. The largest buy in is a $540 buy in with a $1 million GTD.

Coinciding with the series is a points race that awards the top 4 players during the series an all-inclusive package to the 2016 Punta Cana Poker Classic worth $4,900.
Online Poker Tournaments Back to articles