A Wannabe Billy The Kid

I met the Adair brothers in Arizona when I worked as a reporter for the Phoenix Gazette.

Bud was running for sheriff of Maricopa County (he would later run for governor with similar disastrous results) and Raymond worked on his campaign.

Bud and Raymond were born in Tennessee. I don’t know much about their background except that Bud worked as an enforcer for the Dixie Mafia for a while.

He was especially active in the so-called Juke Box War that spread across Texas and some adjoining states back in the 1960s. After his experiences, Bud reformed.

He began managing the singing careers of some lesser known country western stars like Wynn Stewart before moving to Arizona and buying a motor hotel and some land near Circle City just outside Wickenburg.

Raymond was Bud's younger brother. He was brash, wise cracking and sometimes wore a holstered gun on his hip. He was also hooked on pills, mostly speed, and was often high in mixed company.

One of his friends told me about an incident that occurred at a cowboy bar one night near South Mountain. Raymond and some of the wranglers who worked at a nearby horseback riding stable were playing poker in the bar's back room.

One of the cowboys had a girlfriend and Raymond made a rather lewd remark about her.

The cowboy tilted his hat back and said, "Say that again."

Raymond, high on pills, repeated his remark. The cowboy reached across the table and smacked him in the jaw.

Like Billy the Kid, Raymond went for his gun.

The cowboy beat him to the punch, removed the gun from his holster, took the shells out of the gun, and made Raymond eat them.

When Raymond was sober, he was an engaging sort of fellow. Bud had formed a non-profit organization called Desert Troop Search and Rescue.

It was made up of a group of Arizona people who rode horses, motorcycles and pickups and who would go into the desert to search for missing people.

One day they went on a training mission. Raymond, who was riding a horse, fancied himself as the leader of the group. Like the lead honcho in the television series 'Wagon Train," Raymond gave the signal for the group to head into the desert to search for a member who had hidden himself somewhere out there. 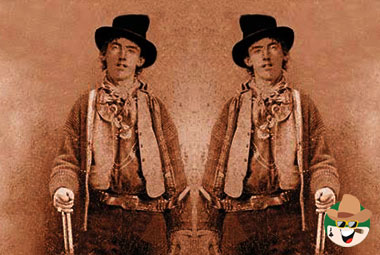 Not only did the rescue team fail to find the member, Raymond got lost and didn't get back to headquarters until past midnight.

Another time we were at the Westward Ho Hotel in Phoenix playing poker and pool.

Raymond had a girl he had picked up walking the streets and was well into his cups and his pills. We were playing eight ball and Bud was my partner. As Raymond lined up for his shot, he made me a bet.

I looked at Dixie, who was smiling. "I'll leave that up to Dixie," I said.

She shrugged. "No problem. It's a deal," she said.

It could have been an interesting night if my partner hadn't scratched while trying to sink the eight ball.

Bud passed away from a heart attack a couple years later.

I have no idea where Raymond is these days. Wherever he is, I wish him luck. With his lifestyle, he'll need it.