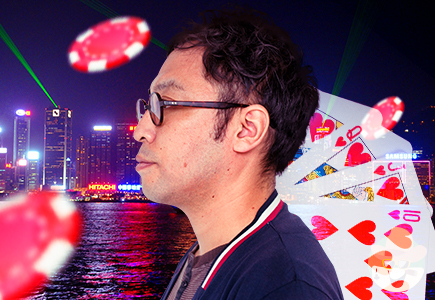 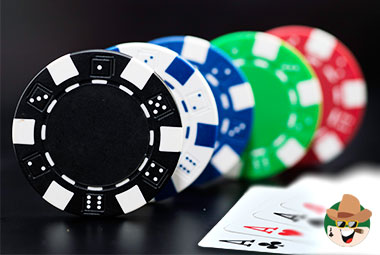 The wild games usually happen late at night. The tournament is over, you are playing against hardened cash players whose pockets are deep with $100 bills, and they want and crave action!

I was playing $2-2 no limit Texas Hold'em on a warn January night at BestBet in Jacksonville, FL. The table was an interesting mix of players -- a silver haired grandmotherly woman; three black men in their 30s; a couple of veteran white guys; and an Asian who looked like he stepped out of 'The Karate Kid.'

He was in his 60s and he talked with an accent. He said he was from Hong Kong, like Joshua Chan, the esteemed leader of this website. He liked my serape and hat and called me Clint Eastwood. I considered it a compliment.

"Just call me the good, the bad and the ugly," I said, saluting him.

One of the players was going all in on hands like 6-3 or jack four. He wold push his stack of $100 or more into the pot and would get called by players holding a queen five or king seven. Like I said, it was a wild game.

When you are in that kind of game...

...things can get dangerous for your bank account. You can't play a normal game. You have to make adjustments to the players.

The silver-haired grandmother slow played her hands and was as dangerous as a rattlesnake. She would come into a pot with pocket jacks and flop three of a kind. Then she would simply call to the river. She rarely raised.

She smiled at me, shrugged and called. She turned over a 10-ace and I showed her my full hose.

I responded to her compliment with a "So are you." 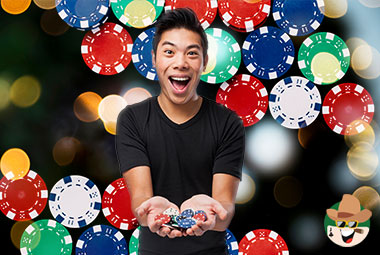 It was late and I needed to get back to Charleston. I decided to play one more hand and was dealt a king 10. The flop came king-nine-seven with two clubs. I bet and the Hong Kong Kid called me.

"What are you betting on, Clint Eastwood?," he said in his sing-song voice, grinning.

"Pocket jacks," I said. A deuce came on fourth street. I bet $30 and Hong Kong pushed in all his chips.

I gave it a long flop, then folded.

As the dealer pushed him the flop, he turned over his hand -- two clubs. He was on a job!

I pushed back from the table, found a couple of racks and filled them with my chips. I had won over $500 and it was time to leave.

"Have a nice night, Clint Eastwood," he said as I left the table. What I was thinking of the Hong Kong Kid wasn't printable.