Oklahoma Johnny Had It Right 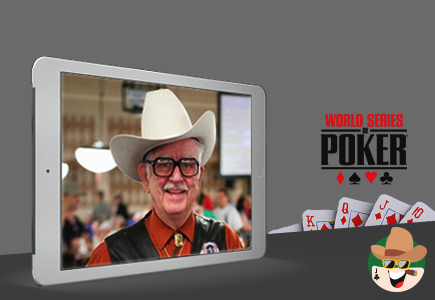 I wonder how my friend Oklahoma Johnny Hale is doing these days.

Haven't heard from Johnny in a while. Last email I received from him came from Las Vegas. He was ailing and in and out of hospitals because of his age. Growing older, as everyone knows, is a bummer.

When I lived in Las Vegas, I ran into Oklahoma Johnny from time to time. I would see him playing in poker games at Binion's Horseshoe, the Bellagio and the Orleans. He was always dressed like a cowboy or wearing a baseball cap. And he was always telling stories to his opponents to throw them off their game. That was Johnny's style.

In between playing poker, we would talk about casino management. Johnny minced no words when he discussed the casino owners and poker room managers in Las Vegas. He said they did not have the player in mind when they created their laws and established their rulings.

Johnny Hale grew up on a poor farm in Oklahoma. His dad raised chickens and played poker, a game he taught his sons. Johnny was one of seven children and you can bet he took his daddy's lessons seriously.

He loved to play limit Omaha High-Low which was probably his favorite game. And when I would run into him, he always had a pile of chips in front of him. He was slippery, dangerous, and had more moves than a rattlesnake. You always had to be on your toes when you were in a pot with Johnny.

Like many gamblers, Hale was suspicious of other players and their motivations. He'd even get upset with me. I still remember the night he drove me from The Orleans to the Palace Station where I had a room. Before he let me out of the car, he looked at me and wondered out loud if I was a 'good guy or one of the phonies.' I'm not sure we ever got the question answered.

Despite his advanced years, Johnny still plays poker whenever he is feeling good. He was working on another book the last time I exchanged emails with him, and was using his childhood in Oklahoma as the basis for it. Hale was a huge admirer of Samuel Clements, aka Mark Twain, and he loved the way Twain worked Tom Sawyer and Huckleberry Finn into plots that involved adults.

If you ever run into Oklahoma Johnny in Las Vegas, stop by his table and shake his hand. Even give him a hug. He'll probably tell you a tall tale or two. It won't make much sense, but that's Johnny and he's not about to change for the world. 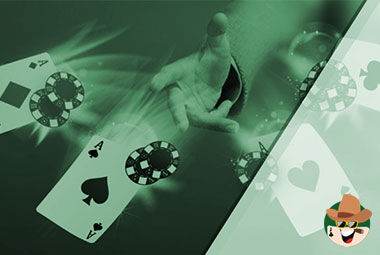 Hale invented the Senior World Series of Poker. He and his wife also have sponsored some charities in Nevada that benefit poker players.

His daughter is a model who sometimes deals celebrity blackjack or poker in Las Vegas. One night she earned over $100,000 in tips while dealing to some of Hollywood's biggest stars, including Ben Affleck. Johnny must have been super proud about that event.

I tried to compliment him one evening. We had taken a break from the game and I told him: “Johnny, do you know how I get back on the winning track when I start losing at a poker table?”

“I just ask myself: ‘How would Johnny play this hand?’ and then I act accordingly” – I said.

Johnny stared at me. Then he burst into laughter.

“You are so full of sheeeet.” he said, shaking his head.

Great story, I enjoyed reading it.