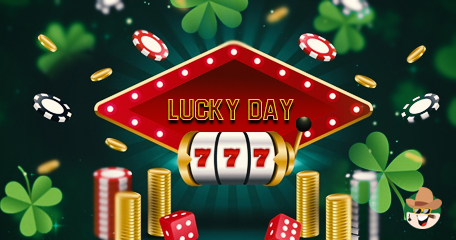 Wouldn't it be wonderful if every day at a casino would turn out to be a winning experience?

I have often thought about that as, I am sure, most gamblers have. The sad fact, of course, is that nobody can predict what kind of day a person will experience when he enters a casino.

It doesn't really matter what your game is -- dice, blackjack, the horses, poker, baccarat or the slot machines. Your luck will be governed by the winds of fate.

When I first started gambling or, more specifically, when I first began playing poker, I created all kinds of systems to make me a winner.

I was always an aggressive player and I decided aggression was the answer. I would close my eyes and repeat to myself many times, "They wouldn't dare raise me with a pat straight, flush or full house." I would say it over and over so many times until I believed it.

Or I would sit down at a table and pretend I was a $300 loser before I played a hand. That worked sometimes. Sometimes it didn't.

Cards have no memory. They don't know if you have been winning or losing. They are simply unfeeling instruments to take you from point a to point z.

For a while I would keep track of my hands. I would note the number of hands I played and the number of hands I won at. That seemed to work and I still occasionally use that system. It kept me from playing poor hands and when I would get into a pot, I generally had something good going for me. 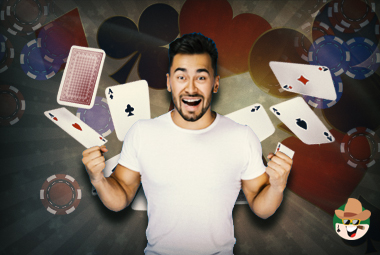 When I lived in Lake Elsinore, CA., I played a lot of poker tournaments. If a tournament was scheduled, I would forget about the cash games. And for a while I won a lot of money in tournaments. I kept track of my winnings and discovered I would make the final table in at least 10 percent of the tournaments I bought into. That is not an easy thing to do, but luck was riding with me and it happened.

My luckiest day at poker occurred at the Union Plaza, a casino that once was popular in downtown Las Vegas. I still am trying to figure out how it happened, but on that day, I won two back to back poker tournaments.

The first tournament began at noon. It was a multiple re-buy tourney, meaning if you got knocked out, you could reach into your pocket and buy back in. I think the buy-in was $35. I had to make a couple of re-buys but I ended up winning first place and collected over $1,200.

The tournament ended around 6:30 p.m., giving me barely enough time to refresh myself before entering a 7 p.m. tournament.

This was also a re-buy event. I had collected a trophy as well as cash for my earlier win, but I remarked to a friendly dealer named Sonny:

"Wouldn't it be something if I won this one, too?"

Sonny was a big-boned Oklahoman who had grown up on a farm in southeastern Oklahoma.

He just grinned and said, "If you win it, I expect you to buy me dinner."

He was one of the tournament dealers that evening and when 10 p.m. rolled around, I was one of the chip dealers. When Sonny sat down to deal at my table, he winked and said, "Lobster and filet mignon would be fine."

I had to make three re-buys but again the cards were friendly to me. Actually, they were more than friendly -- they absolutely fell in love with me -- and I picked up another $1,100 as my share of the winnings and another trophy.

For the past several weeks, I have stayed away from the casinos to write a novel. It's a historical novel about Edward Teach, whose nickname was Blackbeard. 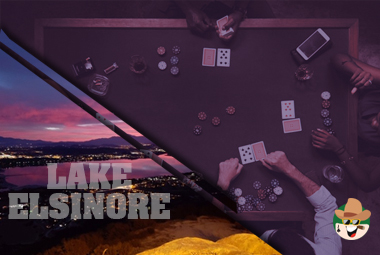 The story focuses on a love affair Teach had with a strumpet. A publishing house in Charleston has shown great interest in the manuscript and it looks like I may have lucked myself into a sale.

I should be sending the final version of my book off to the publisher in the next few days. Say a prayer for me. This could be my luckiest day yet.

I know what you are wondering: will I be trying my luck at poker again and if I do, will it be a cash game or a tournament?

The answer to your question, dear reader, is yes and there is no doubt in my mind that it will be a poker tournament.

In this case, emotions are the most distracting factor :)))