Going Against The Odds 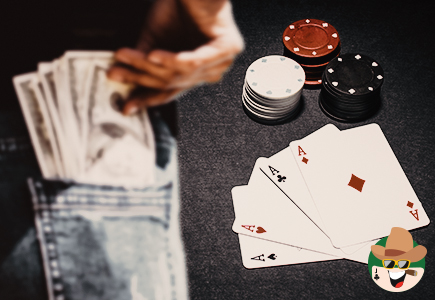 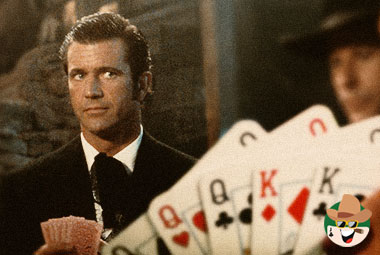 It's always fun to watch a new gambling movie when it hits the screen.

Professional players get a kick out of such films because they are so unrealistic. They just don't have the feel of the real and sometimes you wonder who the experts were in putting the movie together.

While I enjoyed the movie starring James Garner, Mel Gibson and Jody Foster, the movie built up to a finale that just does not happen in real life when Gibson catches an ace of spades to complete a royal flush. The hand enables Gibson to win a big poker tournament on a steamship.

The odds against being dealt a royal flush are about 649,450 to one, by the way. In a lifetime of playing poker, I have been dealt only three! But in movies made in Hollywood, it seems to happen all the time.

Most poker rooms pay bonuses for high hands. They usually do it during certain hours when the poker room managers want to keep the tables filled.

The bonuses certainly stimulate the action, causing players to call raised pots with ridiculous hands like a pair of deuces, hoping, of course, to catch four of a kind. If you make such a miraculous flop, you stand to win up to $500, depending on how generous the House happens to be.

I rarely let myself be suckered by such promotions. Well, let me rephrase that:

I sometimes steer clear of letting myself be suckered by such promotions, but temptation being temptation, I sometimes fall for the trick. My bad!

Poker players in order to be consistent winners need to have some knowledge of the odds. This requires a bit of math, but anyone who has graduated from high school should be able to figure out the odds of catching certain hands in a deck of 52 cards.

If you passed your classes in subtraction, addition and multiplication and you know each suit contains 13 cards (hearts, clubs, diamonds and spades), you should have at least a good idea of the odds against your catching a winning hand. 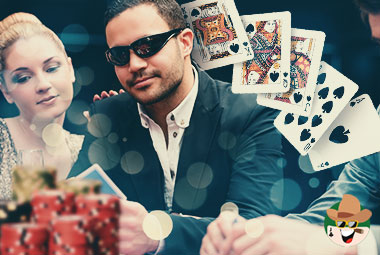 Despite this common knowledge, I regularly see good players bucking the odds and going for a draw that makes no sense! They make the draw once in a blue moon, but for the most part - it's a wrong play.

You can have all the good luck charms you want and recite all your favorite good luck slogans, but cards have no memories or favorites.

You are at the mercy of the odds and your fortune or loss of money will reflect it.

I think this is one of the reasons some players drink before playing. Alcohol, sniffing white powder, or some other mood altering drug will often give a player unrealistic hopes of achievement that rarely reflect reality. That is why so many players find themselves in the parking lot searching for their car and wondering what went wrong.

My advice is to stick to the basics. Just play the strong hands and leave the clever tricks up to the so-called experts. They can trick themselves into playing a losing hand and going after a long shot.

When they hit it, more power to them! They usually won't, but that is another story.