Even Winners Can Lose

I was doing one of my favorite past times - surfing the Internet - when I came across an article written by Daniel Negreanu, one of my favorite players. The article intrigued me so much I am going to share some of the things he wrote with my readers.

Much of the poker world, and that includes the professionals, consider Negreanu one of the best poker players alive. In the past, he has played some of the highest limit cash games on the planet and he has won or placed in the money in his share of tournaments.

Negreanu made some rather surprising admissions in his article. For one thing, in the past couple of years, he has lost some of his zest for playing poker. He also doesn't really enjoy playing no limit and he has backed off playing high cash limit games.

He still loves poker, by the way. There is no question about that. But he wants to take some time to reassess his life, his lifestyle and his priorities. I find that information refreshing.

Here are a few things he told his readers:

He was having drinks one night with Huck Seed and a couple of other high limit players when he bet them he could take a certain amount of money and play in a limit game and win. The game he wanted to play in was considerably lower than the games he had been playing. Seed told him he couldn't do it. He told him there was no way a major player like Negreanu could back off from his normal limits and win consistently.

Feeling pretty good about himself, Daniel increased his limits again -- and lost over $400,000 in a single day.

Well, before I say woe is me, let me point out something to all the poker players and would-be poker players on this website. Everybody can have a losing session at poker, and that includes the big winners like Daniel Negreanu. 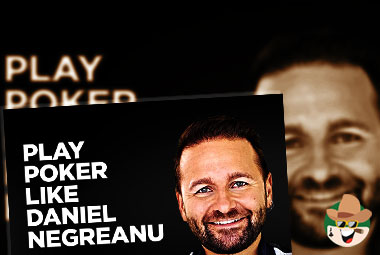 I certainly have had my losing sessions at the poker table. It just seems like all the winning hands evaporate. The only thing you can do is shake your head, shrug your shoulders, and dig in. Your luck will eventually change as it did for Negreanu.

I have another suggestion for Daniel. I don't know if he will read this, but I hope he does. He is a gambler. Why not take off a little time from poker and play something else? How about dice or baccarat? Or he could try blackjack or even horse racing?

He doesn't have to go overboard on these games, but he could do it for diversion or fun. I tried shooting dice when I boarded the Big M Casino Cruise Ship near Myrtle Beach, S.C. last week and it proved profitable for me. Of course, I wasn't gambling the kind of money Negreanu bets, but I had a great time and I won.

Negreanu is a great player and a credit to the game of poker. He has won millions of dollars in tournaments as well as in cash games and he is certainly much too young to retire.

The point I am trying to make is that nobody is bigger than the game.