Blues in A Texas Town 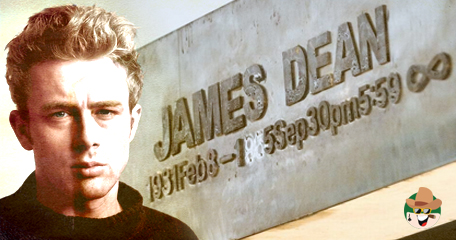 I was still in high school when actor James Dean was killed in a car crash after finishing filming 'Giant,' a movie about oil and cattle that was filmed near Marfa in West Texas.

The news of Dean's death stunned me as it did millions of the actor's fans around the world. I thought 'Giant', based on Edna Ferber's novel, was an incredible film. The performances of Dean, Elizabeth Taylor, Rock Hudson, Chill Wills, Dennis Hopper and Carol Baker still thrill me when I think about it

After graduating from high school, I moved to Tucumari, N.M. to work as sports editor of the Tucumcari Daily News. My editor was Jess Price, a transplant from New York. He was a good editor and during my year on the newspaper we became friends.

One day we were chatting in the office and somehow we got to talking about 'Giant.' I told Jess how much I admired the movie directed by George Stephens and he said, "How would you like to write a story about it?" I told him that interested me and he continued talking.

He said he had visited the site where the film was made near Marfa, Texas and that the movie set for Reata, the ranch where Bick Benedict (played by Rock Hudson) lived was still standing. My editor thought a nostalgic piece about the making of the movie and Dean's career would resonate with our readers.

I made plans to drive to Marfa the following Saturday. Friday night I joined a group of friends to play our weekly poker game.

The players included a couple of cowboys from the famous King Ranch just across the border in Texas. When I told them about the story I planned to write, they were intrigued.

One of the cowboys was a redhead named Shorty. He said he was a big fan of James Dean and loved his character of Jett Rink, a poor cowboy who became an oil tycoon after striking a gusher on a small piece of property he inherited when his sister was killed in a horse accident.

"That reminded me of my own family," Shorty said.

"I grew up on a poor ranch where we owned chickens, a couple of pigs and a few cows. I never struck it rich like Jett Rink did but it was always a dream of mine to strike oil or something that would make me a millionaire."

He grinned: "Sounds crazy, but I still have that dream."

The next morning I climbed into my little red and white Ford, the one with the bullet hole in the front window, and headed for Marfa.

I had bought the car when it was auctioned off by the Tucumcari Police Department. the police had seized it after arresting a couple of men who tried to rob a bank in Tucumcari. One of the cops fired a shot through the window when the robbers tried to escape. 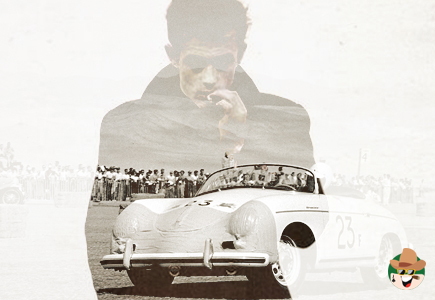 I drove for miles across the prairie country. Jackrabbits dotted the highway and concealed themselves in the sagebrush along the road. It was a warm day. A strong prairie wind carried the aroma of creosote and cactus through the open window of the Ford.

I remember reading a story of how novelist Edna Ferber had visited the cast during the filming of 'Giant.' She met George Stephens, the director, shook hands with Taylor, Hudson and Dean, and told Chill Wills he was one of her favorite actors.

Wills told her, "You wrote a hell of a book about Texas, Ma'am. It's an honor for me to be in this movie.'' Dean nodded in agreement and Hudson just smiled.

One of the scenes in the film has Hudson driving his new bride, Taylor, to the gate that leads to Reata. He tells her, "Honey, it's 40 miles to coffee."

When I arrived in Marfa, I stopped at a diner and got directions to where the movie had been filmed. The waitress and several customers all thought it was a great idea for me to write the story about 'Giant.'

The waitress, an attractive blond named Suzette, told me, "If you put my name in the story, the coffee is on me."

"Bribes will get you everywhere," I said.

A few miles from town I found it: Reata.

It was a sprawling movie set made to resemble a ranch building. I parked my car and stood there as the prairie wind rustled the sagebrush and the Cottonwood trees.

For a moment I was transfixed in time back to 1955. I thought about Dean and the career that had ended when his white Spider Porsche collided with another vehicle on a farm road while he was driving to Salinas, CA. to compete in a race. I just shook my head.

Fate, I thought. It was so unnecessary.