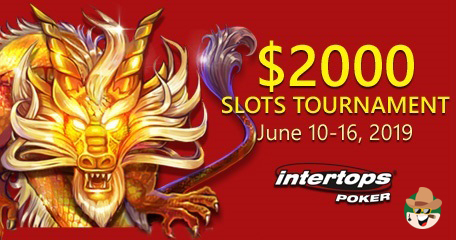 The games in question are 4 Seasons, Dragon Kings, Fa-Fa Twins and Great 88. By playing them, the site's registered and funded members will automatically earn tournament points that could win them up to $400 in prize money. The lucky 16 players who manage to collect the most points will win $2000 in prizes!

A Tour of the Far East:

“We have so many games now – tournaments encourage players to try games they might not even know we have! This month, we’re taking players to the Far East with four amazing Chinese games.”

The tournament games can be found under the Betsoft tab in the instant-play or mobile-friendly download casino. For every spin...

...players will earn one point, and the minimum bet required bet spin is fifty cents. There is a 1x rollover requirement in order for prizes to be withdrawn.

What is Being Played:

Mostly China-oriented slot games that are being played during this tournament are:

Dragon Kings, inspired by Chinese folklore, it features four mythical dragons that are controlling the seas. The game has instant prizes and duplicating wilds that come with their own abilities which can quickly turn around the course of the game.

Charming twin sisters appear in Betsoft's Fa-Fa Twins, as does the unique Dual Reels feature. Symbols that will land on random reels will synchronize and unlock massive win potential. Huge pay-outs will occur when all 5 reels get in sync.

The ancient Chinese zodiac is the central theme of 4 Seasons. It will guide players towards the path of riches. A symbol turns golden on every 30 spins and adds a 10x multiplier to any wins!

Great 88 contains Lucky Boxes with instant prizes, Jade Coins that trigger up to 25 bonus spins as well as Firecracker wilds that can pay up to 8888x!

Intertops has, besides its massive collection of popular poker rooms, a hefty selection of slots and table games provided by three developers. The site is renowned for hosting numerous tournaments and organizing high-rolling tourneys across the world.

In May, they hosted a satellite event in Austria's Velden, the winner of which qualified for the European Poker Championship main event that is scheduled between July 24th to 27th.

The main event is also taking place in Velden, one of Austria's most famous resorts. During last year alone, 15,000 people from 30 countries gathered for 12 days of poker tournament bonanza. This year, it will host cash games on 40 tables.

Cool, always looking forward to the awesomeness that is Intertops Poker tourney.